More than one book has been written about Francis Place, the tailor who had his shop at 16 Charing Cross and who became a “remarkable radical” as his biographer styled him(1), who tirelessly campaigned to get all sorts of social reforms on the agenda, such as birth control, legalisation of the trade unions and the education of workers. Besides books about Francis that can easily fill a bookshelf, Francis’s own writings fill even more volumes, not to mention the collection of ephemera on British politics and economics for the period 1770-1853 collected by Place and now held at the British Library.(2) But, for this post, I will concentrate on his business activities at Charing Cross, although he had long retired by the time the Tallis Street View was published.

Francis was the son of Simon Place and Mary Gray. The parents were not lawfully married as Simon had contracted an earlier marriage with Anna Paling which was never terminated. Simon had been a baker, but by the time Francis was born he had a sponging house, a private debtor’s prison, first near Drury Lane Theatre, later off the Strand. He made his living by bribing the debtors for not turning them over to the regular Marshalsea Court, and by asking severely inflated prices for food and drink. Charming! When the conditions in the Marshalsea improved, less business came Simon’s way and he moved to a regular public house. When Francis was thirteen, he was apprenticed to Joe France, a leather breeches maker whose household could not be called a good example for young Francis, with Joe’s children ranging from prostitutes to pickpockets, but Francis soon managed to make himself indispensable and receiving money for extra work. Unfortunately, Joe’s business went from bad to worse and he declared himself a debtor. Francis then unsuccessfully tried several other places of employment, while in the mean time courting Elizabeth Chadd, the daughter of a coal porter. They were married in 1791 at St. Mary’s Lambeth, although Elizabeth was only sixteen at the time. Times were hard for a while with Francis having only irregular work, but by hard work he managed to get work on his own account, building up relations with suppliers so that he could get material on credit. By paying back on time, he hoped he could get larger credits over time which he needed for setting up his own shop. When not working Francis read widely to improve himself and especially the works of Adam Smith, John Locke and David Hume proved influential in his later political work.

In 1799, he and a fellow-student, Richard Wild, started their own shop at 29 Charing Cross. See here for more information about the shop at number 29. The first year they had to work from early morning to late at night and all political activities were shelved for the time being, but they succeeded and had a flourishing business by the end of 1800. Unfortunately Wild planned to take over the whole business with the help of a loan he obtained via his new wife, but Francis managed to avert disaster by getting loans for himself and after the partnership was dissolved, he and his family could move into 16 Charing Cross in 1801. According to Francis, the house was “old fashioned and very old” and had been the Royal Bagnio, but “had fallen into such a state of decay and dilapidation, that no person would take it on a repairing lease”. It had been let into tenements, but the landlord had turned them all out when they could not pay the rent and had shut up the house. In his Autobiography Place related that he took the front shop, parlour and a large room on the first floor and

pulled out the Shop front, closed the doors in front under the shop to the vaults and paved the places where there were wooden flaps in the footpath in front of the Shop. I put in a new front as elegant, as the place would permit, each of the panes of glass in the shop front cost me three pounds, and two in the door, four pounds each. The whole of the work as well the front as the fitting up inside was done in fourteen days, the painting &c were finished in two days more and on the 8th of April 1801 … I opened my new shop. … In 1802 Mr. Parke Senr. agreed to grant me a lease of the whole of the premises, at a rent of £120 a year and at Midsummer I became his tenant. … In 1805 I pulled down the enormous stack of chimneys which ran up the front house and projected nearly four feet into the rooms and in a very few days built up a new stack with the old materials …

And more improvements were to follow: new ceilings, a new staircase, a water closet, a library where he was to receive his political friends, a new kitchen, and more bedrooms on the first floor. Business went well and in 1807 Francis could once again devote more time to his political and economic reform ideas, leaving the shop in the capable hands of his foremen. His eldest son Francis was sent to Paris to the Mallett banking house and afterwards to Dresden to complete his education. He came back in November 1816 and in 1817 Francis senior handed the whole business over to Francis junior and devoted the rest of his time to politics. In 1833, Francis senior moved to 21 Brompton Square where a blue plaque has been erected for him, see here.

Francis junior married Maria Waterfield in 1830 and they and their daughter Emma (born ±1840) can be found at 16 Charing Cross in the 1841 census. In 1851 we find Francis ‘retired tailor’ with his wife Mary and daughter Emma at 2 Margarets Place, Greenwich. Ten years later, they have moved to 7 Victoria Grove, Folkestone. In the 1871 census, we find Francis and Mary still there and in 1875, it is the address where Francis dies on 14 May. Probate is granted to Mary (effects under £14,000).(3) Francis must have retired from the business between 1841 and 1851, possibly in 1845 when the lease of the property expired. What happened to the shop after Place retired is unclear.

Information for this post has been gleaned from the books and websites listed in footnotes 1 and 2.

Although John Tallis described and depicted hundreds of shops and businesses in the major streets in London, for some firms the result did not do justice to the reality. A case in point is 14 Charing Cross where just a small part of the extensive Clowes printing establishment was based. It had all started in 1802 when a young man from Chichester arrived in London. Clowes had been trained as a printer in his home town under Joseph Seagrave and William soon found work as a compositor in Henry Teape’s print shop. Just when he was about to give up after a year of dreary work, he met William Winchester, a cousin of his mother, who had become the principal contractor to supply the government with stationary and printing. Considering William a good candidate as a potential supplier for his contract, he lent William some money which, together with a gift from his mother, was used to set William up on his own in Villiers Street.

He started small, producing the government forms Winchester ordered, but as soon as he could, he branched out into other printing work. The first book that came off William’s press was one he printed for his former master Seagrave and Longman & Rees, the fifth edition of A full an Genuine History of the Inhuman and Unparalleled Murders of Mr. William Galley, a Custom-House Officer, and Mr. Daniel Cater, a Shoemaker, by Fourteen Notorious Smugglers. Longman was impressed by the result and became one of Clowes regular customers. William and Winchester’s son, Henry, became great friends and through him he met his wife, Mary Winchester, a cousin of Henry’s. William and Mary were to have eight children: William, Winchester, George, Edward, Sarah, Elizabeth, Mary (later to marry George Halfhide junior) and Ann. With Mary’s dowry he expanded the business in Villiers Street, but in 1807, the firm had grown to such an extent that he had to find larger premises. He rented a house in Northumberland Court, which can be seen in the map below between Northumberland House and Northumberland Street.

He lived in the upper part of the house and the business was downstairs. In addition to the printing element of book production, Clowes also organised the in-house binding of the books. Most of his government orders still came through Winchester, but he was also dealing directly with some departments. One of his customers was Wellington’s army who needed a constant supply of mess and court-martial books, and all sorts of return forms. In 1815, Clowes opened a military bookshop at 14 Charing Cross where, besides books, he sold maps and military stationary. It was from this address that Richard Cannon‘s Historical Records of the British Army were issued.

In the Tallis Street View elevation, the number 14 is not shown, but I assume it is the entrance on the left-hand side of number 15 that runs to Clowes’s premises.
Also in 1815, disaster struck when a fire broke out at the Northumberland print shop and the Clowes family had to escape over the roofs. The business was quickly rebuilt, but he removed his family to Parliament Street. In 1823, Clowes installed a steam powered press, designed by Applegarth and Cowper, which speeded up the printing process considerably. Clowes neighbour, the Duke of Northumberland objected to the machine as the vibration allegedly caused the plaster to come down from his ceiling and the noise and soot it produced disturbed him greatly. The duke brought an action against the printer, but Clowes was brilliantly defended by John Copley, later to become Lord Chancellor and 1st baron Lyndhurst, and the judge ruled in Clowes favour. Eventually the duke paid Clowes a substantial amount of money to remove his print shop and in 1827, the business was transferred across the river to the corner of Stamford Street and Duke Street (now called Duchy Street) to premises that had belonged to Applegarth and Cowper. At that time, the new factory formed the largest printing establishment in the world and was extensively described in George Dodd’s Days at the factories. In the 1840s, there were twenty-four steam perfectors at work in Duke Street as well as the same number of ordinary hand-presses.

Applegarth and Cowper press from G. Dodd, Days at the Factories

Clowes believed that if books could be produced more cheaply, demand would increase. This conviction brought him into contact with Charles Knight, one of the leading figures in The Society for the Diffusion of Useful Knowledge, and probably best known for The Penny Magazine which ran from 1832 to 1845 and was printed by Clowes.

Three of William’s sons, William jr., George and Winchester all joined the business which became known as ‘William Clowes and sons’. George read law for a while, but gave up the idea of becoming a lawyer and joined the firm. Winchester did not like London very much and left the business to live in the country. Edward, the fourth son, joined and later became a partner of Lamb and Co., a wholesale stationers’ firm on Salisbury Square. William sr. died on Tuesday 26 January, 1847, “after a short but severe illness”(1) and was buried at Norwood Cemetery. An obituary notice stated that “Rightly was he called by the members of his craft ‘The Prince of Printers'”.(2) The sons and after them, the next generations continued the business with an offshoot in Beccles, Suffolk, which, over time, became the main factory and which still exists as part of the CPI group. 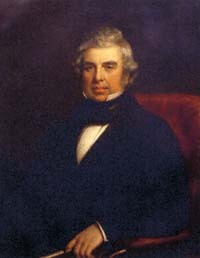 The above is mainly compiled from the information given in the Dictionary of National Biography and in W.B. Clowes, Family Business 1803-1953.