14 Charlotte Street (now renumbered 30) is situated across from what was then called Bennett Street and is now part of Rathbone Street. In 1831, John Boulnois had started his furniture business at 44 South Molton Street. The previous occupant of that shop had been James John Cuthbertson, an ornamental painter, who had died in January, 1831, just 28 years old. In 1835, Boulnois extended his business by opening a showroom at 11 Davies Street, but having the business in two places proved inconvenient and in early 1839, he entered several advertisements in the newspapers to announce that he was moving to 14 Charlotte Street. The Davies Street premises were to remain open for a little while to sell off surplus stock at reduced prices. The new shop was to be called “The Percy Furniture Bazaar”, no doubt named after Percy Chapel, further up the road.

advertisement in The Morning Chronicle, 18 February 1839

In 1849, Boulnois decided to make “such repairs and improvements upon his extensive premises as cannot be effected while they contain his usual very large manufactured stock of upholstery and cabinet furniture” and he was therefore clearing off stock at very much reduced prices.(1) Besides furniture, Boulnois also sold Huxley’s patent stoves. In 1839, John Earle Huxley of Marlborough Street and John Oliver of Dean Street had been granted a patent for improvements in stoves (see here) and Boulnois’ warehouse was one of the addresses where they could be obtained.(2)

drawing to go with Huxley’s patent application from The Repertory of Patent Inventions, vol. XII (July-Dec., 1839)

The 1841 census shows John Boulnois and his wife Anne, whom he had married in 1837, living above the shop in Charlotte Street, together with John’s sisters Louisa and Charlotte, 3-year old John Arthur, and two female servants. In 1851, John Arthur is at school in Islington, but John, Anne, and Charlotte are still at Charlotte Street, and so are two female servants and a nurse, possibly for Charlotte who died in 1852. Anne died in April 1858 and a year later, John married Mary Anne Williams. In 1861, the census shows a change of address to 30 Sloane Street, Chelsea. John Arthur is by then assisting his father in the shop and in 1865, he married Annie Garrett. In 1871, John senior and Mary Anne are still to be found at 30 Sloane Street, Chelsea; he is listed as an upholsterer employing 12 men and 8 women. John Arthur and Annie are also living in Chelsea, in Markham Square.

According to the tax records, 14 Charlotte Street was occupied from 1861 by Richard Southall, a plumber, and from 1867, after the renumbering of the houses (14 became 30), by Robert Perkins, a builder. By 1900, when an insurance map was produced, the property was already in use as a restaurant, judging by the letters REST written across the premises. Who stuccoed the house is unclear, but it can still be recognised as the property where Boulnois had his furniture shop. Even the ground floor doors and windows, although modernised, are still in the same place. 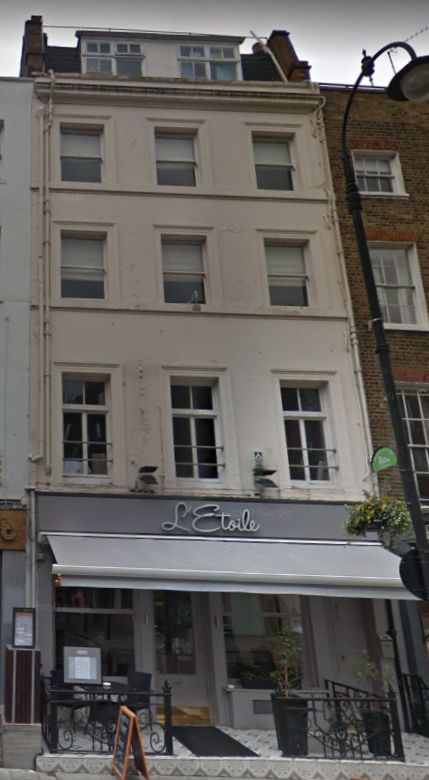 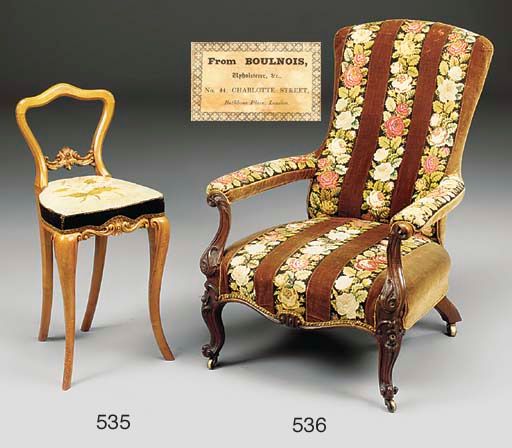 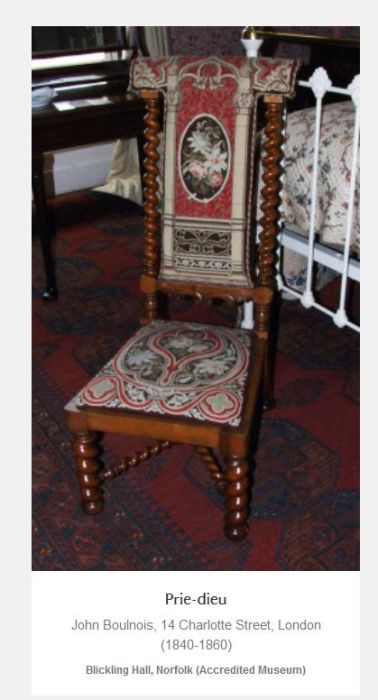